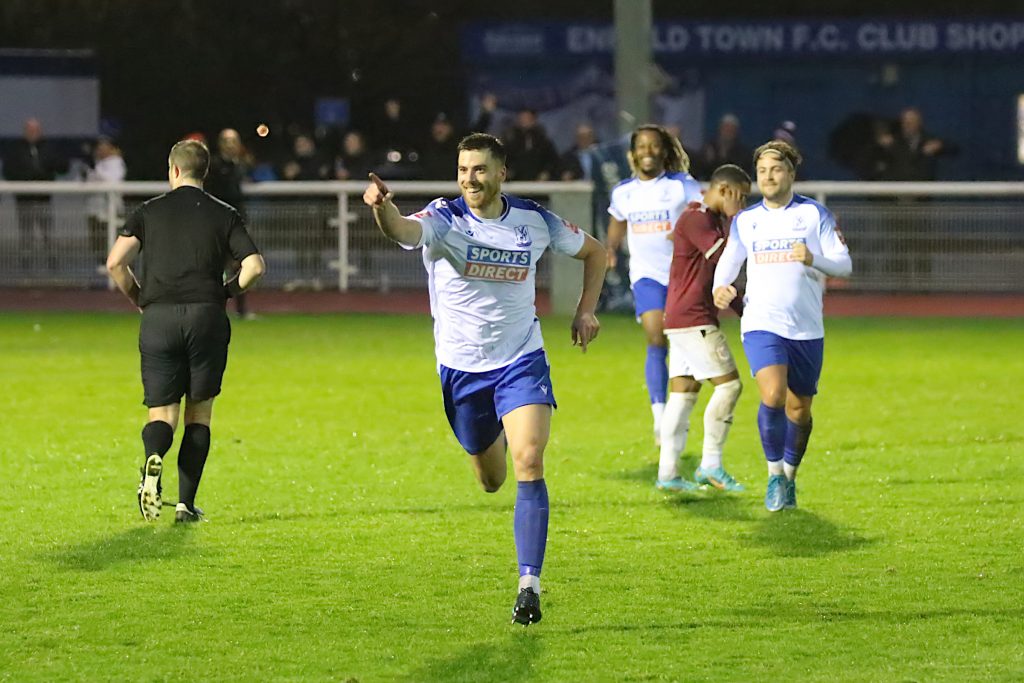 We are pleased to confirm that central defender Lewis Knight will be staying at Enfield Town for a further three months, following an extension of his loan agreement with Margate.

Lewis, who has won all four league games he has featured in so far, has been a key component of the squad over the last month; also chipping in at the other end of the pitch with five goals in his last seven games in all competitions.

“We are extending Lewis knight’s loan today for 3 months. We’re pleased we could get it done as Lewis has been great since he came in”, said Town boss Andy Leese. “He wants to be here which is important as well. Thanks to Margate for their cooperation and to the Board for backing the move at a key time in the season.”