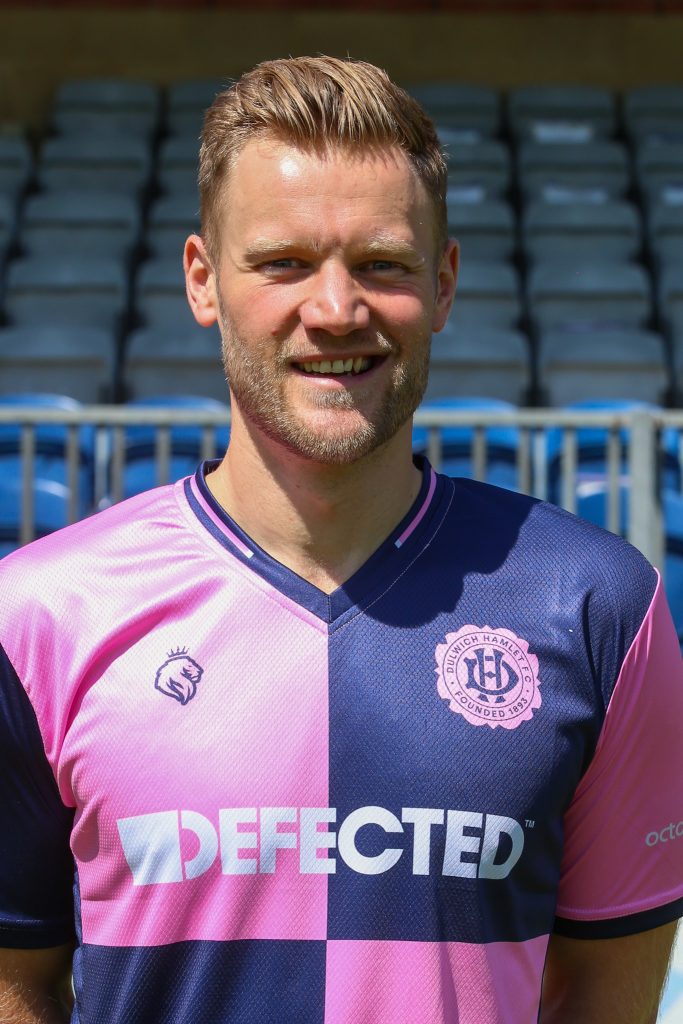 We are delighted to announce the loan signing of Dulwich Hamlet central defender Josh Hill.

Josh, 31, will be with us until Jan 3 and will be available for several key games over over the next few weeks, providing vital cover in a position where we have lost two suspended players.

Although Dulwich signed Josh from Dartford in the summer, he hadn’t been able to play until recently as he recovered from knee surgery.

He finally made his debut for The Hamlet on Nov 26 in a friendly with Chelsea U21s and made his competitive debut for the club four days later in the London Senior Cup against Cray Wanderers, both times as a second-half substitute.