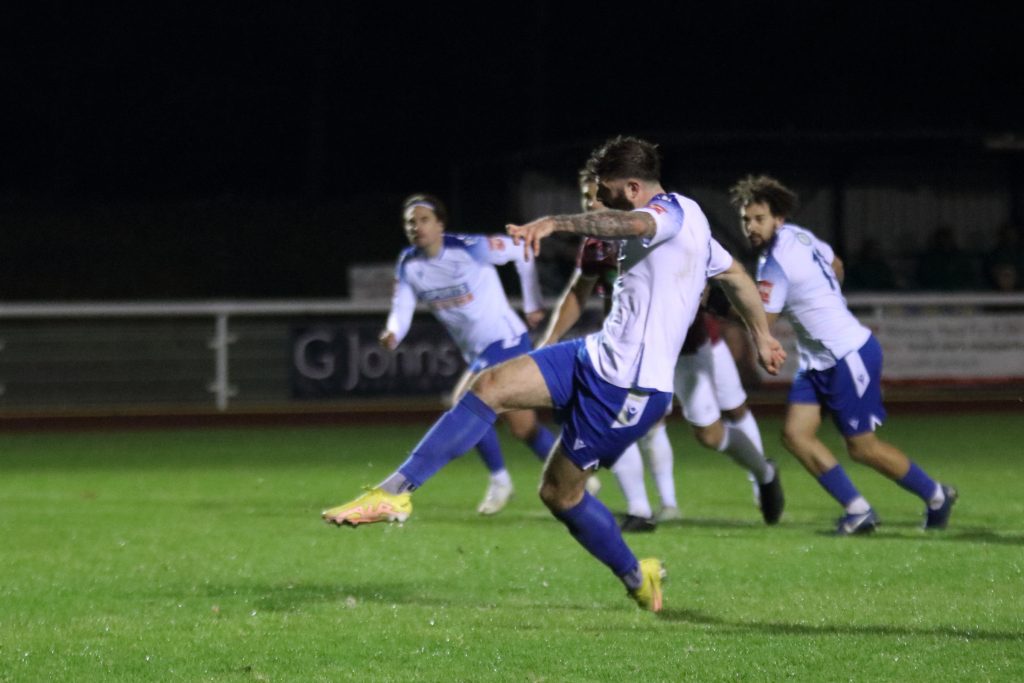 First things first. This was a massive improvement after Saturday’s ignominious FA Trophy exit, with each and every player showing hunger, purpose and desire.

That we  didn’t pick up all three points was more down to the strength of the opposition than any particular failings on our part though critics will doubtless point to our lack of fire power up front and the absence of sufficient midfield creativity.

Overall a draw was a fair result which keeps us extremely handily placed on the coat tails of Bishop Stortford and Potters Bar.

Early days still of course but victory over Lewes in another home game on Saturday could send us top if other results fall in our favour, albeit with only a quarter of the campaign completed and other sides having played fewer games.

The management team made three changes to the starting line-up, including the return of James Richmond who brought composure and stability to the back line.

Right from the off, Town showed intent with Jake Cass twice going close but it was the visitors who took the lead on 15 minutes when a risky squared clearance fell to Bognor frontman Nick Dembele who finished well.

Bognor’s movement and transition play was always a threat but right on halftime  James Dayton almost levelled when a corner was headed back across goal and his header was hit straight at the keeper.

We haven’t always had the rub of the green with decisions this season but got back in the game from a softish penalty on 51 minutes.  Dayton was adjudged to have been obstructed by  Nathan Odokonyero and Cass made no mistake from the spot (pictured).

Thereafter, as the game opened up,  both sides had chances to win the game though the Rocks arguably had more.

Luckily for us, Odokonyero screwed his shot just wide of the upright when it looked certain he would score on 75 minutes. And  five minutes later, Alfie Bridgman blasted wide with only Nathan McDonald to beat.

But Town might well have snatched it late on through Dayton and Richmond, both of whose efforts looked easier to score.

Bognor claimed they would have won the game but for the officiating and poor finishing . At times we did ride our luck but we fully deserved a share of the spoils for application and effort.

“I’m pleased with the response after Saturday,” said Andy Leese. “A difficult game tonight. Bognor are young, well-drilled and energetic. At times they stretched us. I clearly would have preferred a win – it could have sent us top which would have been a boost – but really pleased.”