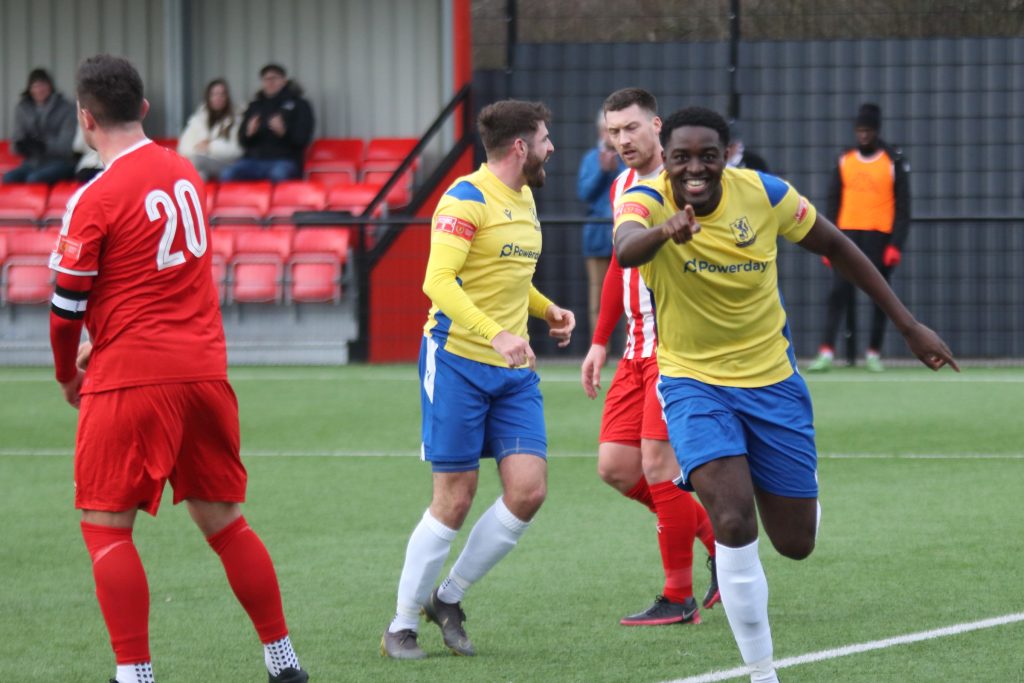 Another thoroughly professional performance saw Enfield Town bank another three points with a comfortable 4-1 win over Bowers & Pitsea at the Len Salmon Stadium. With Bishop’s Stortford, Folkestone and Hornchurch all dropping points, this was another very good day to be a Town supporter.

An unchanged Town line-up got off to the perfect start when they were awarded a free kick 20 yards from goal after 6 minutes. Lyle Della-Verde stepped up to curl a delicious free kick past home keeper Mitchell Beeney and into the bottom corner, and Town were up and running. Jake Cass narrowly cleared Beeney’s crossbar a minute later as Town threatened to overrun their hosts.

Bowers came into the game more as the half wore on, with wingers Quentin Monville and Norman Wabo causing a few uncomfortable moments, although their only clear sight of goal came on 28 minutes when Wabo’s shot was well saved by Nathan McDonald.

Town were always looking dangerous though, and doubled their lead on 36 minutes. Mo Faal gathered up a loose ball on the left wing, and proceeded to tie home full-back Alex Bentley in knots before crossing low onto the boot of the grateful Jerry Gyebi.

For a long time, the second half was routine. Home substitute Mitch Gilbey tested McDonald a couple of times, and Wabo succeeded in pulling a goal back after 58 minutes with a neat glancing header from a James White free kick out on the left. Town were always going to have the last word in this one though and, after Youngs had headed against the post, and Cass had an effort deflected narrowly over, it was Town’s hard-working centre forward who added a fourth goal in stoppage time after being set up by Percy Kiangebeni.